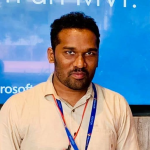 In this article, we will learn how to update data using the PUT method in simple steps.

Using the PUT method we can either update or create new data, but in this article, we will use it for Updating data.

In previous articles, we have checked how to create and get data in simple steps below are the article’s links.

How to Consume WEB API GET Method in .Net Core Console Application

How to Consume WEB API GET Method with a parameter named id in .Net Core Console Application

PUT API which we are going to call

If you see PUT API it takes 2 parameters as input id and Model. The id parameter is passed from URI. The model is populated from the body of the request.

We have URI we are going to use this below Json object to update data using the PUT method.

We have set the setting header Content-Type: – application/json in POSTMAN to send the request. In response, we are going to get the same json object means data is updated if we don’t get the request which we have sent means something went wrong.

For Consuming APIs, we have created a .Net Core Application which Target Framework .Net 6.0 with the name Consoleconsumer.

After setting the base address next we are going to add a class with similar properties and fields of API with takes input.

After adding the class next we are going to create an instance of a class and set some hardcode data to it for the demo.

The response that we are going to receive is that if we get updated data which we have sent that means data is updated in the database successfully.

Snapshots of runtime request and response

While sending a PUT request.

Below snapshot of PUT API which shows populated parameters

Below snapshot after the deserializing Json object

In this article, we have learned how to Update data using the PUT Method in ASP.NET CORE WEB API Using HttpClient from .Net Core Console Application.

Hope you have liked it.

Welcome my New Dotnet Shorts #DOTNETSHORTS Series Hope you like it small and simple and focused.

How to Consume ASMX Service in ASP.NET Core

How to Create Cross-Platform QR Code in ASP.NET Core

How to Create a Zip file in ASP.NET Core

How to Consume ASMX Service in ASP.NET Core

How to Create Cross-Platform QR Code in ASP.NET Core

How to Create a Zip file in ASP.NET Core

How to Uploading multiples files in ASP.NET CORE using DropZone.js